this is a link 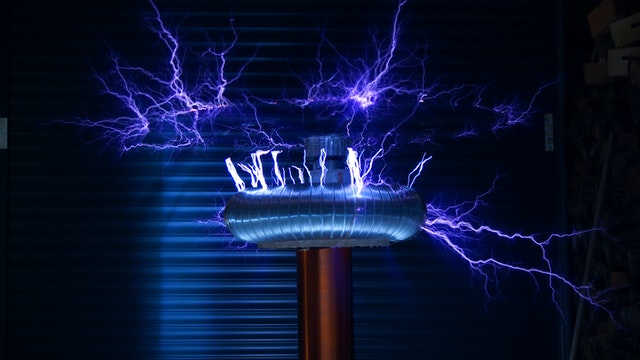 I guess you’ve seen this or heard about it by now. In April 2022 a Wisconsin couple was electrocuted attempting a popular but dangerous wood-burning technique ‘fractal burning art’.

Fractal burning DIY videos can be found in abundance online but few of them pay much attention to safety.

Some fractal burning art is crafted by professionals with experience as electricians and access to proper equipment. But a lot of people who attempt the technique take apart microwave ovens for the transformer or car batteries to use as power sources.

The “fractal burning” technique creates lightning-like etchings by using jumper cables and disassembled microwave oven parts to run high-voltage electricity through a piece of wood soaked in a chemical solution, usually saltwater. It yields patterns known as Lichtenberg figures, named after the physicist Georg Lichtenberg, who discovered them in 1777 as he was experimenting with static electricity.

The technique is gaining popularity through viral videos on Instagram, TikTok and YouTube, but woodworking experts caution that it is extremely dangerous and can be deadly.

Tanya Rodriguez, 44, and James Carolfi, 52, were found dead in a house fire on April 6. Their bodies were in the garage of their home in Marathon County, Wisconsin.

The couple had died before the fire started, and the Marathon County Sheriff’s Office initially described the cause of their deaths and the fire as “suspicious.” The mysterious circumstances prompted weeks of arson and homicide investigation, Wisconsin Public Radio reported.

The sheriff’s office, fire marshals and the Wisconsin State Crime Laboratory found that Rodriguez and Carolfi died by accidental electrocution when they attempted the dangerous wood-burning technique. The couple used a disassembled microwave oven for a power supply. Authorities believe the equipment that caused the electrocutions also caused the fire, which started in the garage before it spread, the sheriff’s office said in a statement last week.

“Foul play has been ruled out, and the deaths are found to be accidental in nature and believed to be caused by electrocution from fractal wood burning,” Chief Deputy Chad Billeb said at a news conference Thursday.

At least 33 people have died from fractal burning attempts since 2016, according to the American Association of Woodturners, including an experienced electrician.

If you are considering trying the technique make sure to prepare. Here is a video where Robert Murray-Smith from The World of Thinking and Tinkering (TNT) shows how some simple add-ons can make this art technique a lot safer.

If you know anyone who is curious about this art technique please share this information with them. It could help save lives.

The World of Thinking and Tinkering – https://www.youtube.com/c/RobertMurray

Vintage Dynacord Echocord Super from the 1960s. Great vintage tape echo sounds. Custom DIN to 1/4″ adapter cables included. Due to the age and nature of tape units, it’s being sold as-is. I’ve tested it and it works. See the viedo below.

Comes with a reel of 1/4 inch tape (in good condition). It is provided with a solid wooden box with a carrying handle.

This device is available for purchase now. Have a look at the video demo I made of it below.

If you want to buy it or know someone that would be interested, you can contact me here: 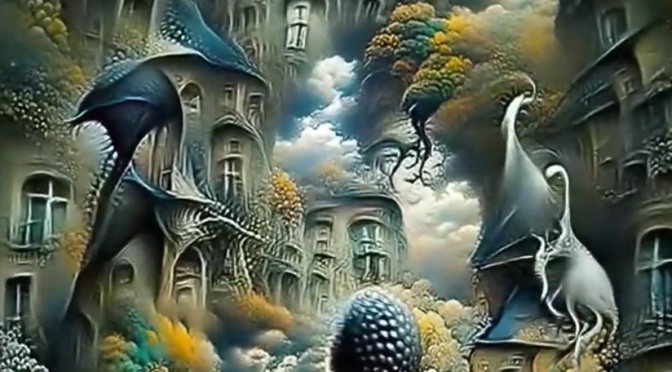 I’m trying to find the author of the animation in this video. The music is a Zylascope track “Move To Peace” off our soon to be released relaxation album New Life Magic Part 2, but I don’t know who made the animation.

I found the animation on Facebook and it didn’t have an author’s name attached. In the post where I found it, many people asked, “who made it?”, but no one knows who made it or how it was made. Well not yet.

Do you have some ideas on how it was made? How would you make it?

I put it on my Youtube channel to see if someone can identify the author for me. Please help me to find the author by sharing it and please leave a like or some other reaction. Especially if you don’t like it. How does it make you feel? What does it remind you of? 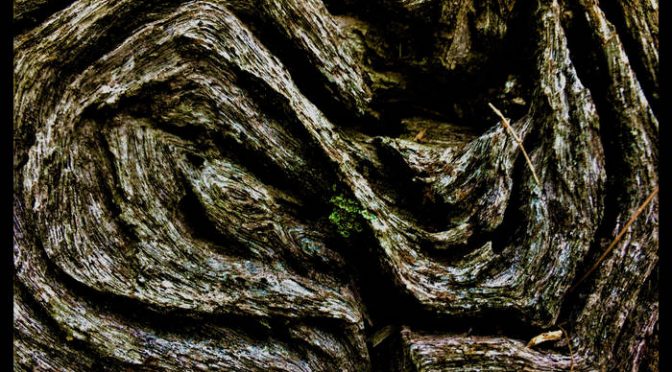 And yet another uplifting Australian music release.

He released an album in 1997 called, “The Gatekeeper“, which I’ve listened to more than one hundred times since I got it in 1997. The Gatekeeper is instrumental guitar with mandolin as well. Jevan has been involved in performing, writing and producing a few albums since, which you can find here: Jevan Cole Music

His new album “Silverling” by Meadow Argus is truly magical. It’s a diversion away from purely instrumental guitar and we get to hear some electric guitar as well. Also, Silverling has some electronic music elements that give it a psychedelic lift and introduces an extra level of dreaminess to his music.

Once you’ve heard Jevan’s guitar playing a few times you’ll understand what I mean when I say “You don’t just listen to his music, you feel along with it.”

Also what is great about Silverling is the lyrics. They have a very organic Australian feel. They are sung mostly by female vocalist, Ellie Dalton, who has a unique ethereal quality that suits Jevan’s music in a wonderful way.

A truly beautiful album that I’ll be enjoying for the rest of my days. I really love it. There’s a unique diversity of instrumentation and there’s even a tune with Emma McDonald playing the saw alongside Jevan’s guitar playing. That has a spacey quality that is very mysterious sounding.

There were many people involved in the recording as you can see in the liner notes available via the link below. Jevan said this was mostly a recording project. But I’m sure you’ll agree that it would be unbelievable to see and hear this ensemble of talent live in a concert hall somewhere.

To me, Silverling is healing music. If you know of anybody who is going through a tough time or an illness, be sure to give them the link or click the social media buttons above to share to Facebook, Twitter, Messenger, Email or another social network.

“Silverling” by Meadow Argus is available on a limited edition 12″ Vinyl LP which includes digital download versions and unlimited streaming so it makes an ideal gift. If you don’t have a record player you can hear it for free.

Whatever you do, don’t miss out. This is a magical album… 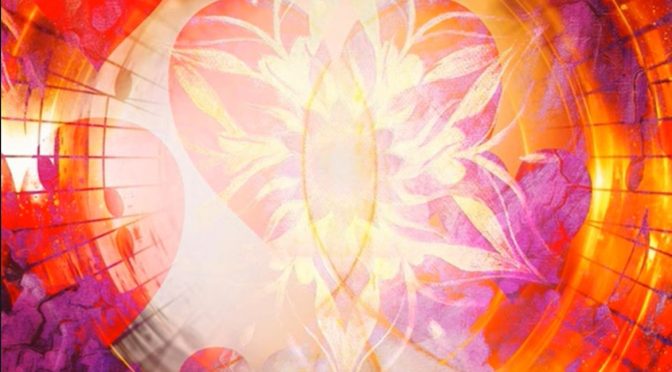 Just in: “The Power That Preserves by Travis J Harding.”

If you like normal music you wont like this. It’s very different and yet very musical and something that you’ll be singing along to. Unpredictable chord progressions and plenty of surprises. Nobody sings quite like Travis.

For people who like Queen, Metallica, and Heavy Guitar bands.

Powerful thick textures and vocal harmonies strike you like a brick wall at 100 KPH. Some hard-hitting four on the floor rhythms and some swinging pop tunes.

Beautiful accoustic and electric guitar and some soft piano in the background. And a welcome return to guitar solos. Yes, this album has guitar solos, key changes, and all those long lost musical constructs.

My favourite song is “Life is a dream”, to me it reminds me of listening to AM radio in my childhood in the 1970’s.

Add this album to your Spotify and Youtube playlists…

Hear more from Travis at:

I made a game for you to play called Falling Star. You move a blue bat around to catch the falling stars.

It’s a PWA (Progressive Web App) so you can install it on your devices by clicking on the notification that appears at the bottom of the screen. An icon will be added to your home screen so you can play the game whenever you want.

Best of all, Falling Star works on all types of phones and computers.

Falling Star is free to play and provides hours of fun.

See how high you can get… 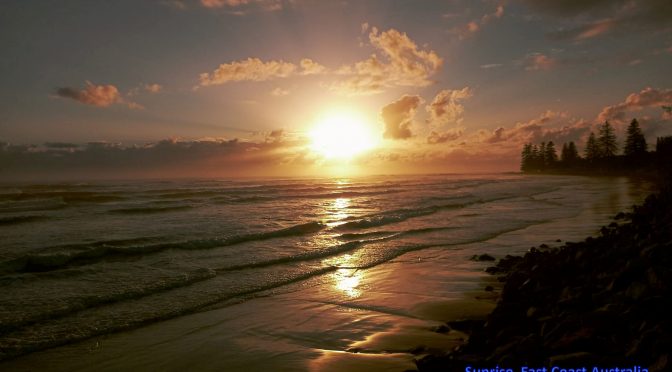 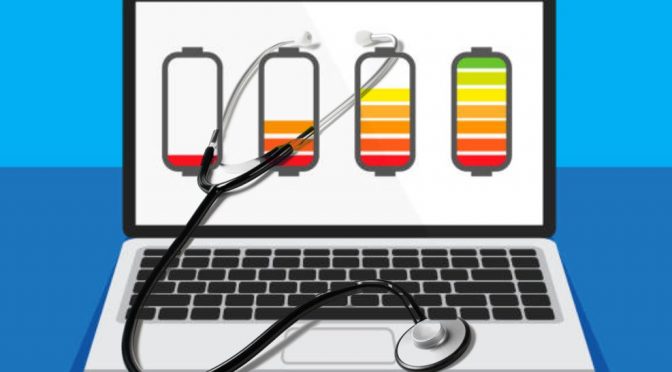 If you need some electricity to run lights, there’s a lot of options from the things you’ll find around the home. In this video, Robert shows a simple Iron battery you can make from steel wool and brick cleaner.

You’ll need a carpenter’s pencil, a cup, some activated charcoal, and some paper for a separator.  It uses brick cleaner but can also run-on bleach or vinegar. This battery can run for many hours. Join ten in series to run LED lights. Each cell is around 0.3 volts.

The battery has issues, be careful with brick cleaner and use ventilation as it produces hydrogen but works well as an emergency battery. 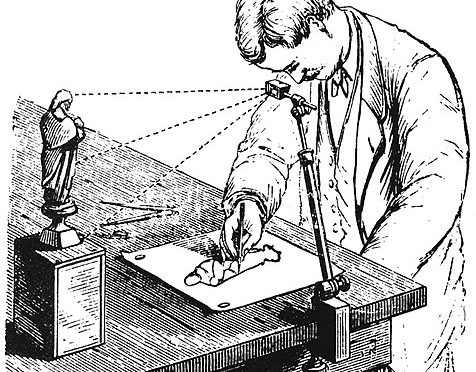 A camera lucida is an optical device used as a drawing aid by artists and microscopists.

In this video Robert Murray Smith shows how you can make your own for next to nothing by recycling an old LCD projector.

The camera lucida performs an optical superimposition of the subject being viewed upon the surface upon which the artist is drawing. The artist sees both scene and drawing surface simultaneously, as in a photographic double exposure. This allows the artist to duplicate key points of the scene on the drawing surface, thus aiding in the accurate rendering of perspective.