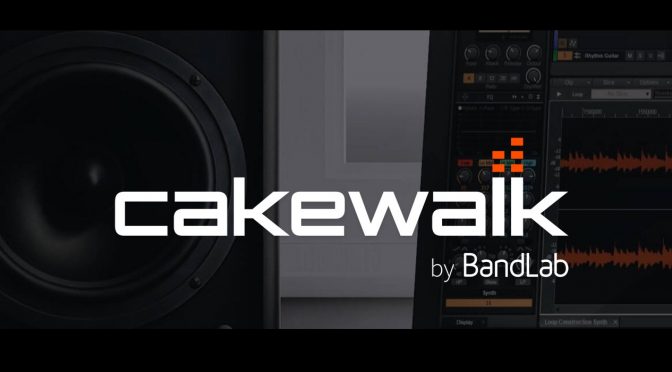 Cakewalk has been around a while and has changed owners several times. It was created originally for DOS, starting with version Cakewalk 1.0 in 1987, first developed by Twelve Tone Systems, Inc. Beginning in 1991 it was available on Windows 3.0. At one time it was owned and developed by Roland Corporation and was known as Roland Cakewalk Sonar.

Named after a dance “The cakewalk” or “cake walk”, a mid-19th century dance, generally at get-togethers on black slave plantations, in the Southern United States.

The last version of the product featured a piano roll editor, support for limited music notation and a built-in scripting language called CAL (Cakewalk Application Language). Cakewalk was a predecessor of SONAR which had nearly all of the same features, including support for CAL, and was the only major DAW on the market supporting a scripting language.

It contains loads of plugins in for effects processing, soft synths and samplers.

After 30 years, Cakewalk, Inc. ceased operation, with only the company’s web forum and license authorization servers still being kept functional.

On February 23, 2018, Singapore-based BandLab Technologies announced its purchase of some of Cakewalk, Inc.’s assets and all of its intellectual property. BandLab’s stated goal was continued development of the former company’s flagship product, SONAR (now known as Cakewalk by BandLab) as part of its portfolio of freeware digital audio workstation software.

My song Gypsy was done entirely using SONAR. Have a listen and watch the music video here.

I downloaded Cakewalk by Bandlab and tried it out.  The user interface is more refined and easier to work with and overall this free version is much better than the version I paid for in the past.

Cakewalk by Bandlab has been released for free for Windows 7 or higher (64-bit only). Why isn’t it available on the Macintosh? I guess the Mac already has a plethora of digital audio software to choose from.